The Quad Cities Connection to the invention of the Computers

Atanasoff, The Father of the Computer // Excerpts from Chris R. Moberg on Vimeo.

Write your name in Binary!

Blog Post – John Atanasoff conceived some very important concepts of technology that is still relevant today (binary, memory, boolean logic). The court ruling of Sperry Rand (ENIAC) vs. Honeywell – IBM (ABC – patent dispute), ultimately said, no one owns these ideas and declared previous patents null and void, resulting in anyone using this information to create their own computers (phones, tablets, etc.). Without this ruling, all licensing of these concepts would have had to go through Sperry Rand. Since then technology and technology companies have flourished (and some have come and gone).

Write a post answering the following questions: 1) Who do you think benefited most from this ruling? 2) Who was the most influential person in the evolution of technology as we know it today? Be sure to elaborate and explain your opinions.

This is a Computer

USE THIS LINK to embed slides to weebly-> bit.ly/ccintros

Read this about Computer Units and Measurements

How to check your smart phone data usage

Click here to  watch a short video (3:15) explaining how to complete this assignment: http://screencast.com/t/OTE1ZWM2 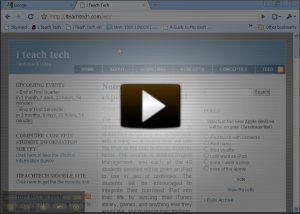 Computer_Compare_2.0 (pdf-right click and open this in a new tab.)

Promote Your Page Too

This day in Tech

What is happening at MHS?